OGW Stands with SEIA and their America First Solar Recommendation

Below are the core recommendations: 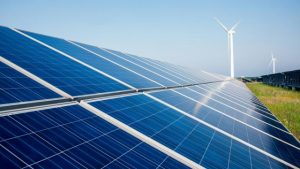 Step 1: Say No to Solar Tariffs – These taxes on industry will raise electricity prices, kill jobs and bring an American economic success story to a halt.

Step 2: Support our Military and National Security – Take a strong stand for the military by keeping the costs of solar down. Our fighting forces need solar in the battlefield and use solar on domestic bases today. Solar helps ensure mission success.

Step 3: Ensure U.S. Energy Dominance – Do not cede world leadership in solar power production. Listen to a broad but unified coalition of energy producers, conservative groups and American business large and small, which all see solar investment as giving them an edge.

Step 5: Don’t Bail Out Failed Foreign Firms – You will be helping millionaires in China and Germany, and investors in Qatar and Europe, rather than the American families that have built this booming American industry. Don’t let two foreign-based, bankrupt companies manipulate U.S. law for a bailout.

Step 6: An American First Plan for Solar – If you believe those firms need assistance, create a plan that would support further investment in U.S. manufacturing, not just bail out foreign investors. Say no to traditional tariffs and quotas, and use American innovation – such as an import license fee that will get hundreds of millions of dollars in direct investment help to U.S. companies and our economy.