So maybe you’ve seen our photos of solar panels on rooftops. They get all the glory. People look at them and say “Solar!” They’re important, of course, but they’re just the surface of what goes on in a solar photovoltaic system – literally, just the surface.

Let’s start with a refresher in electricity. There are two kinds – alternating current (AC) and direct current (DC). (There is an Australian band called AC/DC, but the physics behind their music doesn’t apply here.)

Our homes and businesses all run on AC, but solar panels generate DC. Which works about as well as a Phillips head screwdriver in a flathead screw. In other words, not at all.

Which is why all photovoltaic systems have a device that converts DC electricity into AC electricity. It’s called an inverter. And those inverters are installed behind each solar panel. Once they convert the electricity to AC, they feed it into the rest of your solar system and then into your home.

The kind that goes out are literally called string inverters – they operate in a chain, much like old-style Christmas lights. When one goes out – well, you know. But also if one panel gets partially covered reducing it’s output, the whole system reduces it’s output to match.

Enphase microinverters don’t do that. If one goes out, it’s the only one that goes out. If one experiences power reduction, the rest of the system operates normally.

And with an Enphase microinverter, it’s possible to troubleshoot remotely since the system is able to talk with technicians about system status. Not so with string inverters.

So, okay. Go ahead and admire the photovoltaic panels, basking in the sunlight, shining happily on a sunny day. But don’t forget that right behind them is an inverter, preferably an Enphase microinverter. 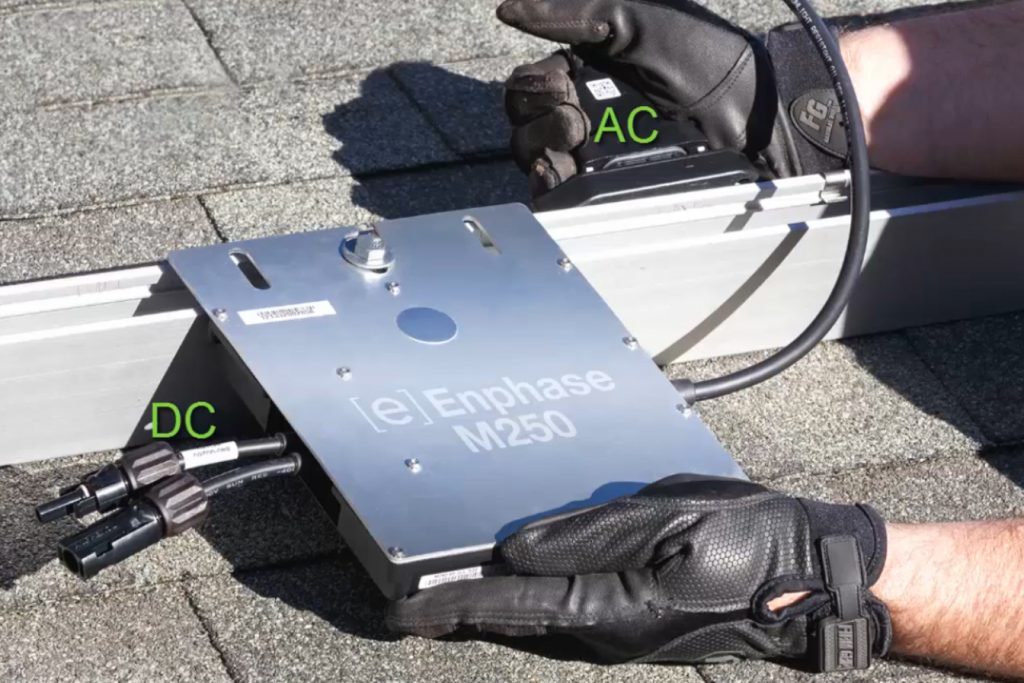 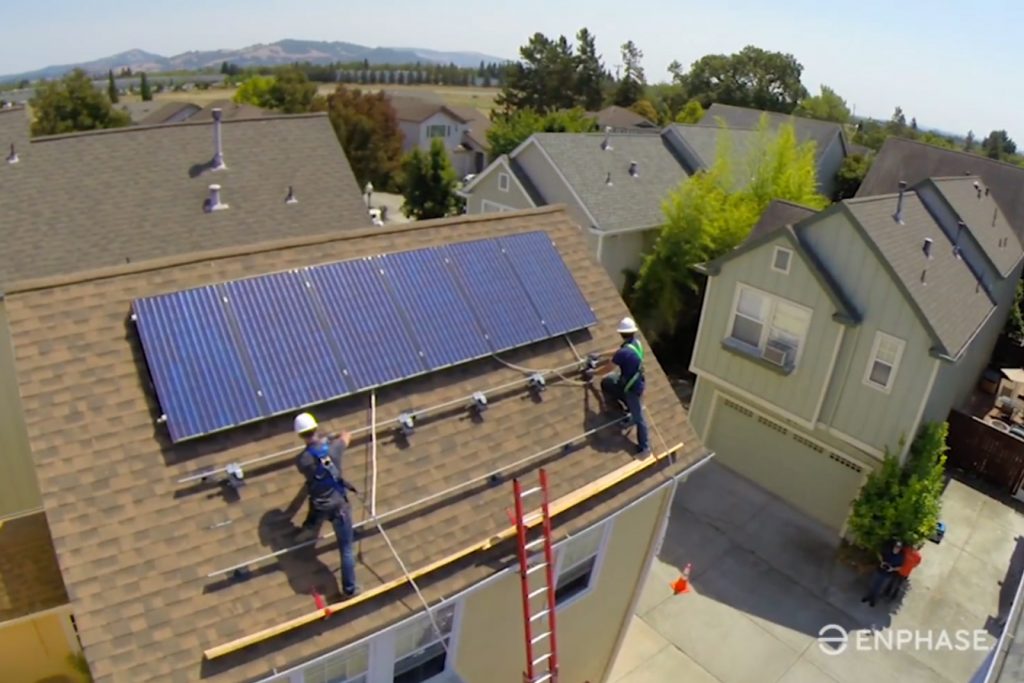 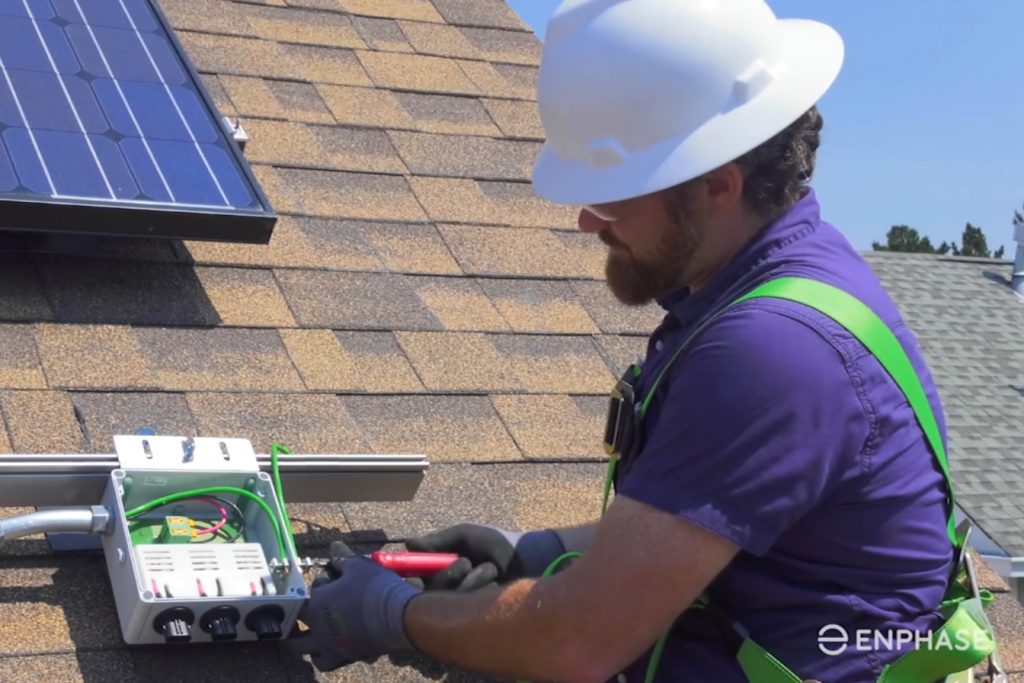 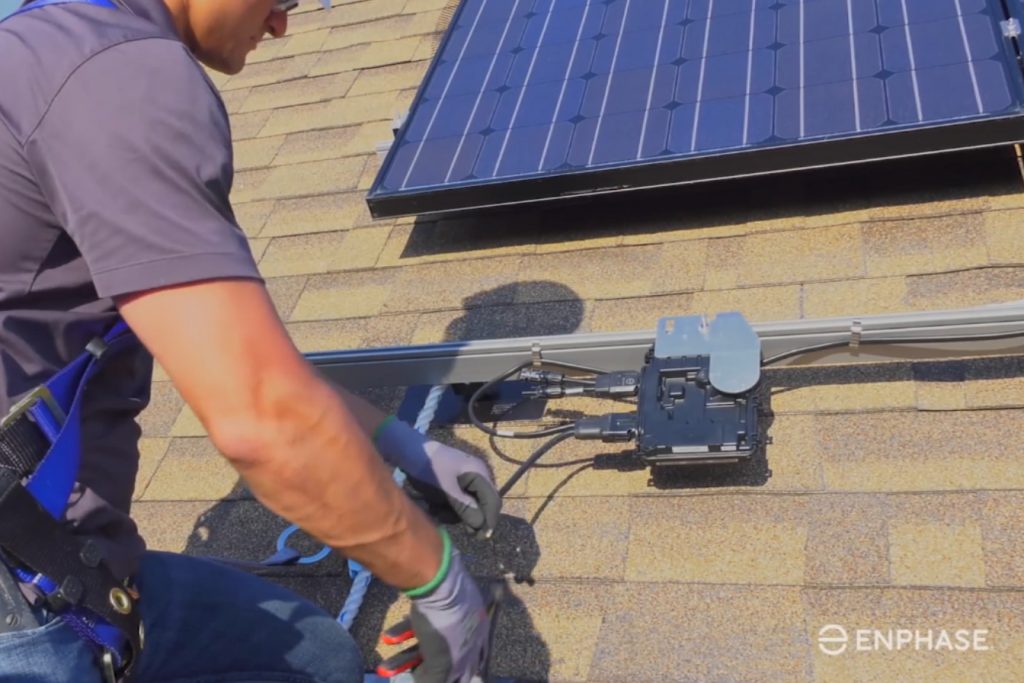 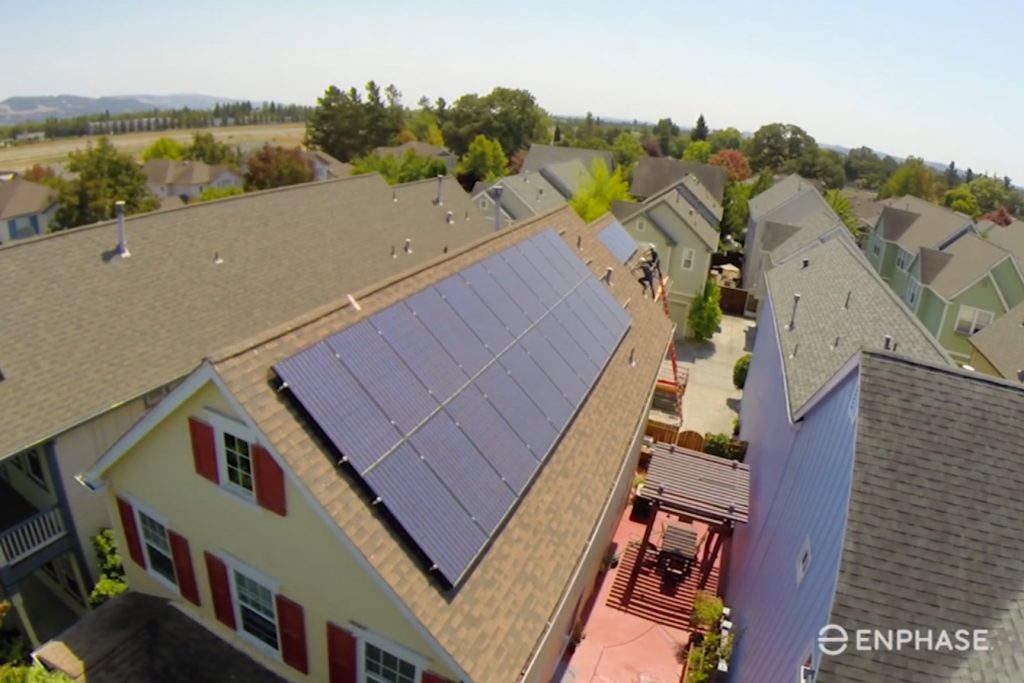