About Us, Photovoltaics, Solar Energy | 0 comments 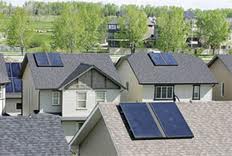 Please be careful and understand the importance of doing business with strong fiscally responsible company that provide quality products.

The downward spiral of Solar Module Manufacturer’s, for the first quarter 2013

WILL the bankruptcy of Suntech, a big Chinese solar-panel maker, spark a round of consolidation in the global solar industry?

Having filed for insolvency last month, Spanish PV group T-Solar has taken the first steps towards letting go some 170 workers at its module factory in Galicia, according to reports.

(Reuters) – Bosch said it will sell or shut down its heavily loss-making solar energy operations, the latest blow to the industry as Germany curbs green energy subsidies and cheap Chinese imports flood the market.

Posted a fiscal fourth-quarter loss and lower revenue Thursday, two days after the Chinese solar firm defaulted on a $24 billion bond payment. LDK Solar Co., attributing the missed payment to a “temporary cash-flow shortage,” said Tuesday it reached a settlement with two bondholders to delay $16.6 million in payments, but was still in discussions about the rest.

Two US-based subsidiaries of vertically integrated Spanish PV company Siliken have filed for financial relief under Chapter 11 of the Bankruptcy Code. Siliken Manufacturing USA and Siliken USA filed petitions in the United States Bankruptcy Court for the Southern District of California. Chapter 11 offers a company the option to stay in business, while reorganising its debts and using its income to repay creditors. SolarWorld USA

SolarWorld was lured to Oregon in 2007 with promises of $100 million in state and local tax incentives. But the solar industry turned volatile as plunging prices caused bankruptcies worldwide in the last two years. And now analysts and the company’s own managers say SolarWorld risks insolvency.

A German photovoltaics project developer, has reportedly filed for insolvency after failing to repay interest on a loan.

At OGW Energy Resources we have always aligned ourselves with top tier, fiscally responsible companies. We do our best to ensure our customers receive systems that have warranties that mean something. Through our continued industry due diligence we help protect the consumer against unbankable / unreliable companies.

Some people only buy on price.

What is that price worth? As you can see above, I think most people would want to buy solar systems from a company that you know will be here for many years to come.